Live a life you love

When planning this year’s trip to Italy, I decided last minute to include Florence in it. I had heard that it was a spectacular city that so many people marveled over, but for some odd reason, with no explanation really, I didn’t have high expectations. I figured it would be like Rome – your typical tourist hotspot.

After our journey from Northern Italy, to my previous travels all over Southern Italy including the gorgeous Amalfi Coast, I have to say that there is something so magical and mystical about Florence, in my mind it stands out from the rest. It has something different that none of the larger Italian cities have – you feel as though you’re welcomed with open arms.

After 4 days spent in Florence, my husband and I fell in love with the city. We’ll admit it; It’s captivating.

Below are 5 reasons that we fell in love with Florence..

Florence is home to many artistic gems; people from all over the world travel to see it’s masterpieces. Founded in 59 BC by Julius Ceasar, he named the settlement Florentina (meaning flourishing), and originally designed the city for the creation of a military camp. Because of it’s prime location between Northern Italy and Rome, and it’s fertile Tuscan land, it grew from a Roman settlement into a bustling commercial city. By 3rd century, it became the capital of Tuscany. Florence was quite the desirable city, consequently different European civilizations were constantly fighting over Florence, putting it into a state of turmoil. By 10th century, Florence began to prosper with it’s artistic activity developing, along with it’s prestigious banking, and developing it’s own currency the “Florin”. The powerful Medici family began unofficially ruling the town, behind the scenes.  It’s economic strength set the stage for the a new movement – the Renaissance.

The Birthplace Of The Renaissance

It seems as though every block you walk in Florence, there’s a Renaissance treasure. Credited as the Birthplace of the Renaissance, many artists sought out Florence to create their masterpieces; Michelangelo, Leonardo di Vinci, Botticelli, to name a few. They created sculptures, frescoes, paintings and architecture and these works are still preserved throughout the city today. Its magical and remarkable to stand in front of this art that is so ancient and was created by people you’ve only read about. I’ve developed a newfound appreciation for art and these works deepened that appreciation more than i could’ve ever imagined.

Dont miss: The Birth of Venus by Botticelli, David by Michelangelo, Annunciation by Leonardo di Vinci, and Brunelleschi’s Dome.

There are several view points around Florence that give you panoramic views of the city – all viewpoints provide a new perspective of Florence. Not only do these make for an excellent picturesque moment, it gives you a moment of reflection. You’re not just looking at a beautiful city, you’re looking at Florence – the birthplace of the Renaissance, the footprints of Donatello and Da Vinci, the inspiration for so many books and pieces of art, you’re looking at the city as though it’s heart is beating. It’s alive right in front of you.

View from the top of Giotto’s Bell Tower
Giotto’s Bell Tower, otherwise known as Giotto’s Campanile, was designed by the famous painter Giotto di Bondone. Similarly to the Florence Cathedral, the tower was designed to give an illusion of being painted; the exterior was constructed with white, green and red marble. It is a freestanding tower that is part of the complex of buildings that make up the Florence Duomo.

Just over 400 steps to the top, climbing the narrow and winded stairs of Giotto’s Bell Tower is quite the hike. It’s split into several layers so there are moments of breaks where you can look out, and as you think the view couldn’t get more spectacular – wait until you get to the top! Once you’re up there, you have the cool wind in your hair, Tuscan sun shining down on you, and a breathtaking 360 panoramic view of Florence and the hills outside the city. Take in the moment; It will be unforgettable.

My recommendation is to arrive as soon as they open (8:15am) and bring water! Getting their earlier makes for cooler temperatures and less people. You can purchase a ticket online at their website for 15 Euros and it will also include entrance into all of the Florence Duomo’s monuments and museums.

The Piazzale is situated above the city of Florence, and offers a peaceful setting to watch the sunset. As it’s setting, the sun casts a warm glow off of the tiled rooftops. Once it is down, you will see blues and purples casted into the sky, giving you a different perspective. Once it’s completely dark, the city lights up; the Dome is lit so spectacularly.

My husband, me and the baby watched it from start to finish. Grabbing a few beers from the food stand, we made an evening out of it by sitting on the steps. Although it was a little crowded it was a lot of fun. We went here on our last night in Florence, and we left it with an unforgettable memory of Florence’s beauty.

The Food, Wine and Markets

Florence’s famous market, the San Lorenzo Market, is not to be missed. Inside the market, the Mercato Centrale, you will feel the energy of the Florentines. The butchers are slicing their meats in their delis, fruit vendors organizing fruits into aesthetically pleasing manners, wine vendors restocking baskets overflowing with bottles of Italian wines, almost every type of vendor giving out samples to locals and tourists alike and the baristas making coffee on the spot using only the freshest ingredients. San Lorenzo Market is more than just the food – it’s about the Florentine culture.

As you navigate through the two-leveled indoor market, enjoy a true Tuscan meal, sip an Italian cappucino and try out the samples.  We went there on a empty stomach and ate lunch from a variety of vendors. They will not disappoint, as this is as authentic as it gets! While you’re enjoying, notice the inside of the building. Mercato Centrale was constructed in 1874, when Florence was still the capital. You will notice that this building is different than that of any other in Florence; it has a Parisian feel. There is mixed use of modern and classic styles and it boasts a gorgeous glass ceiling.

Outdoors, you will find that on the streets outside Mercado Centrale are hundreds of different vendors selling leather goods of almost every kind – purses, wallets, jackets, belts and more, local pottery, clothing and souvenirs. As you navigate these close quarters, the vendors will be competing for your attention. Take your time and get a good look at everything before you begin purchasing and negotiating with the vendors. There are so many different things to see, and you could easily spend your money in the first few rows. 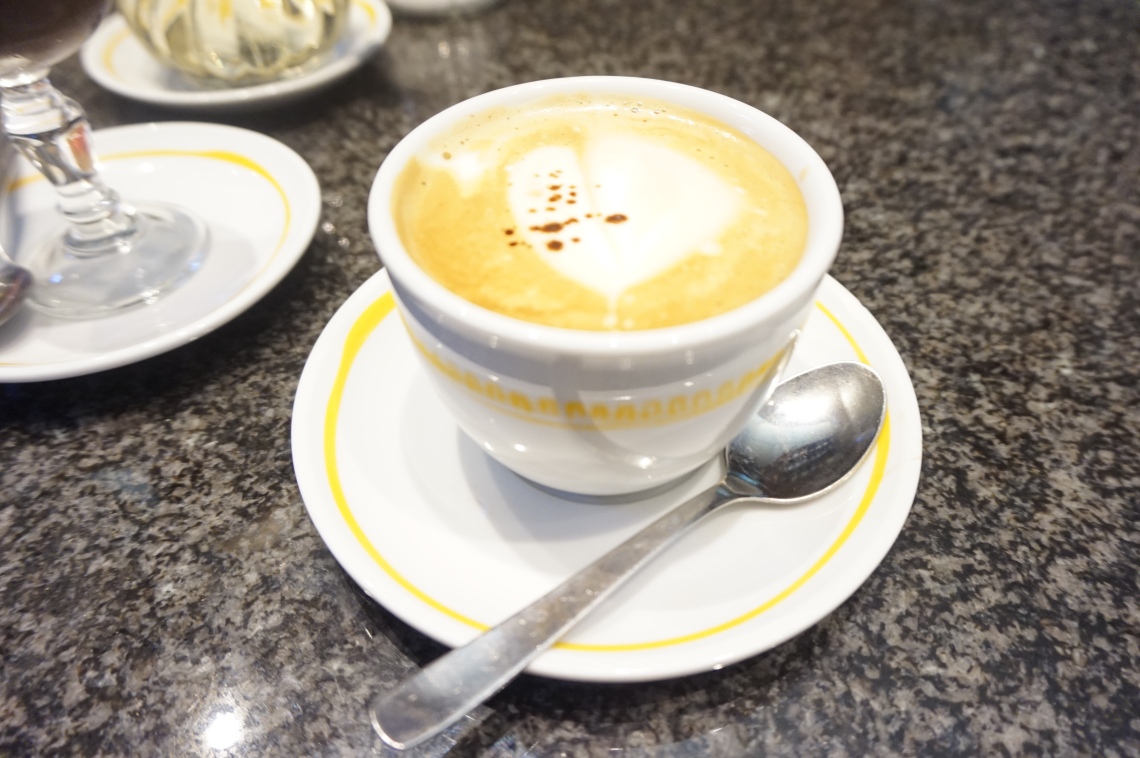 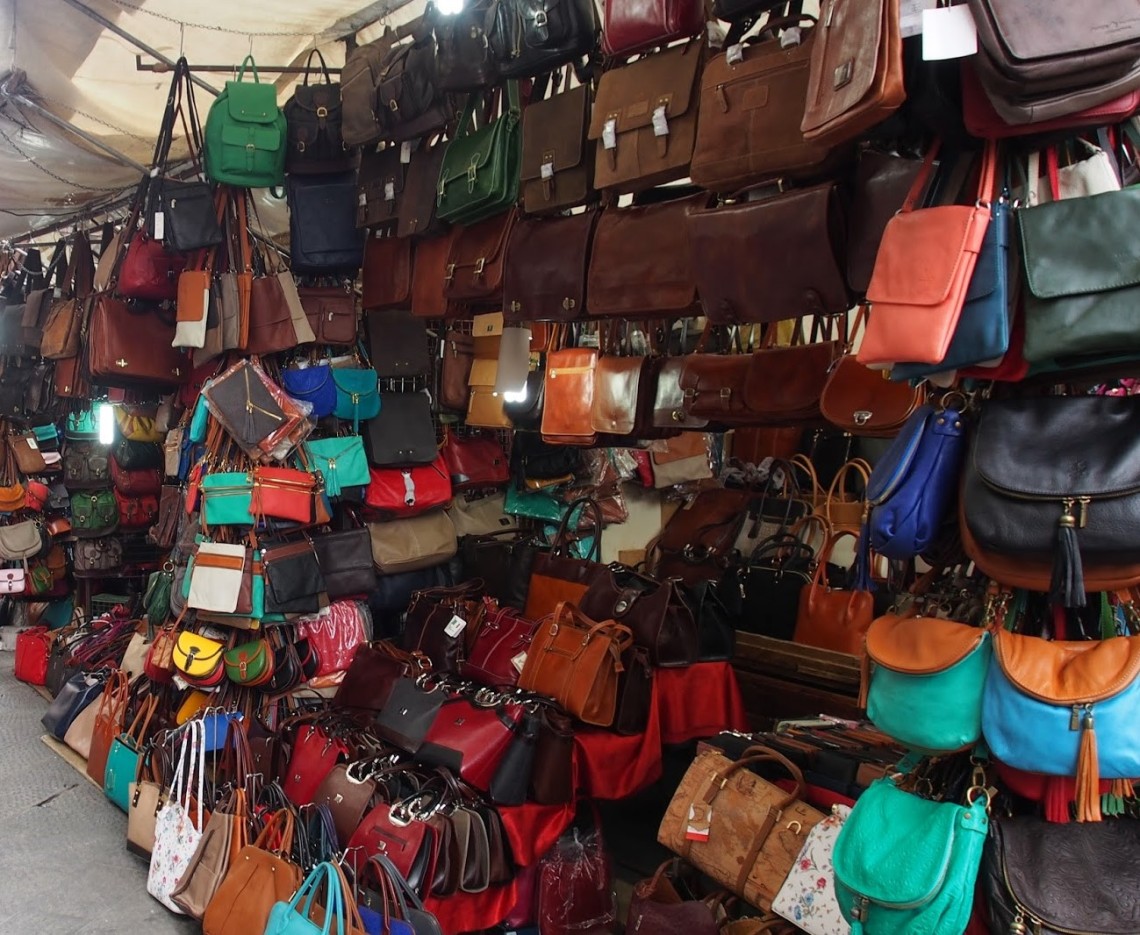 No trip to Italy is complete without gelato. Do not confuse gelato with ice cream – it’s minor variance in ingredients makes all the difference. Gelato is made with milk, rather than cream, giving it a lower milk fat content, allowing for the flavors that are blended in to really stand out. As you’re under the famous Tuscan sun, cool off with some gelato.

The food around Florence is so delicious and fresh. Try as much of a variety as possible! The night we arrived and were checking into our Airbnb, my husband asked him, “So what’s good to eat around us?” He looked at him as though he was crazy and replied, “Are you kidding? This is Florence, everything is good!” To his credit, he wasn’t lying. Everything we ate was absolutely delicious. We tried Japanese, Sushi, Chinese, Italian and American. 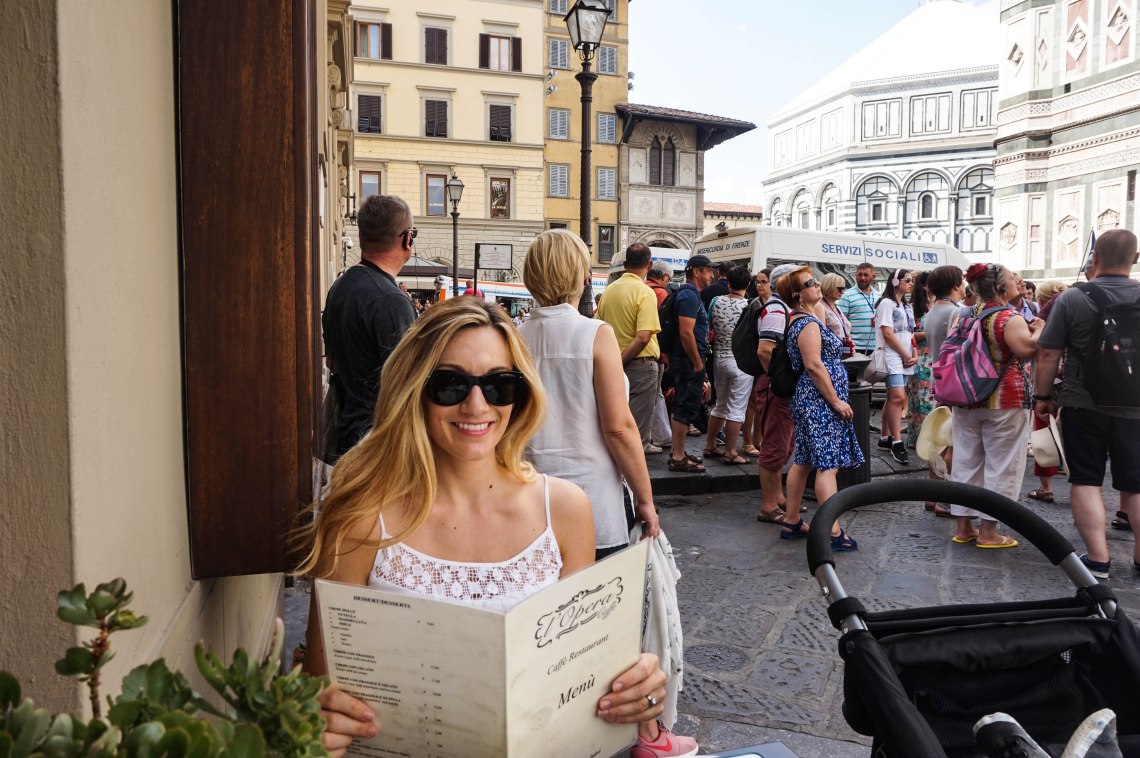 The People in Florence

I have to title this the people of Florence because we ran into the most kind-hearted tourists and locals. Not sure if this was because we had our baby with us, but people were so friendly. It reminded my husband and I that the majority of people do have good hearts – with the media today I feel like all we hear about is the negative. Perhaps babies are a “universal language”, but someone from almost every culture (Indian, British, Asian, Italian, Spanish to name a few) would ohh and ahh over Noah. They would offer me their seat, let me go ahead in line, ask to hold him and take a picture with him (crazy i know, right?), take pictures of him, ask how old he was, tell us how beautiful he was, and that’s just part of it. He was held by several different women; at the Leaning Tower in Pisa, a lady asked to take a picture of her holding him in front of the tower. As we were eating by the Florence Duomo, I was holding him upright (his new favorite thing is to stand), and he was looking around and then a swarm of about 20 Asian tourists came over and were all taking pictures of him, paparazzi-style. No lie, my husband was on Facetime with his sister so she got to see it and it literally brought a tear to her eye. The people here, in my experience, gifted me moments that we will never forget. 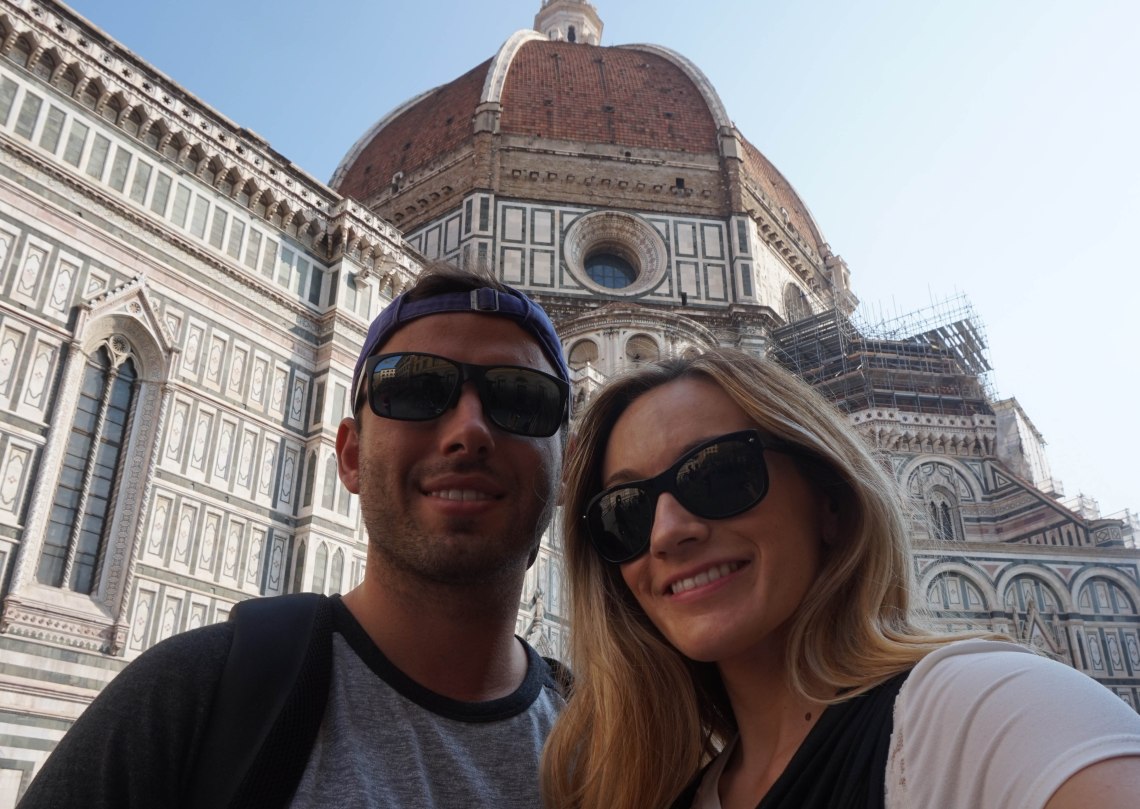 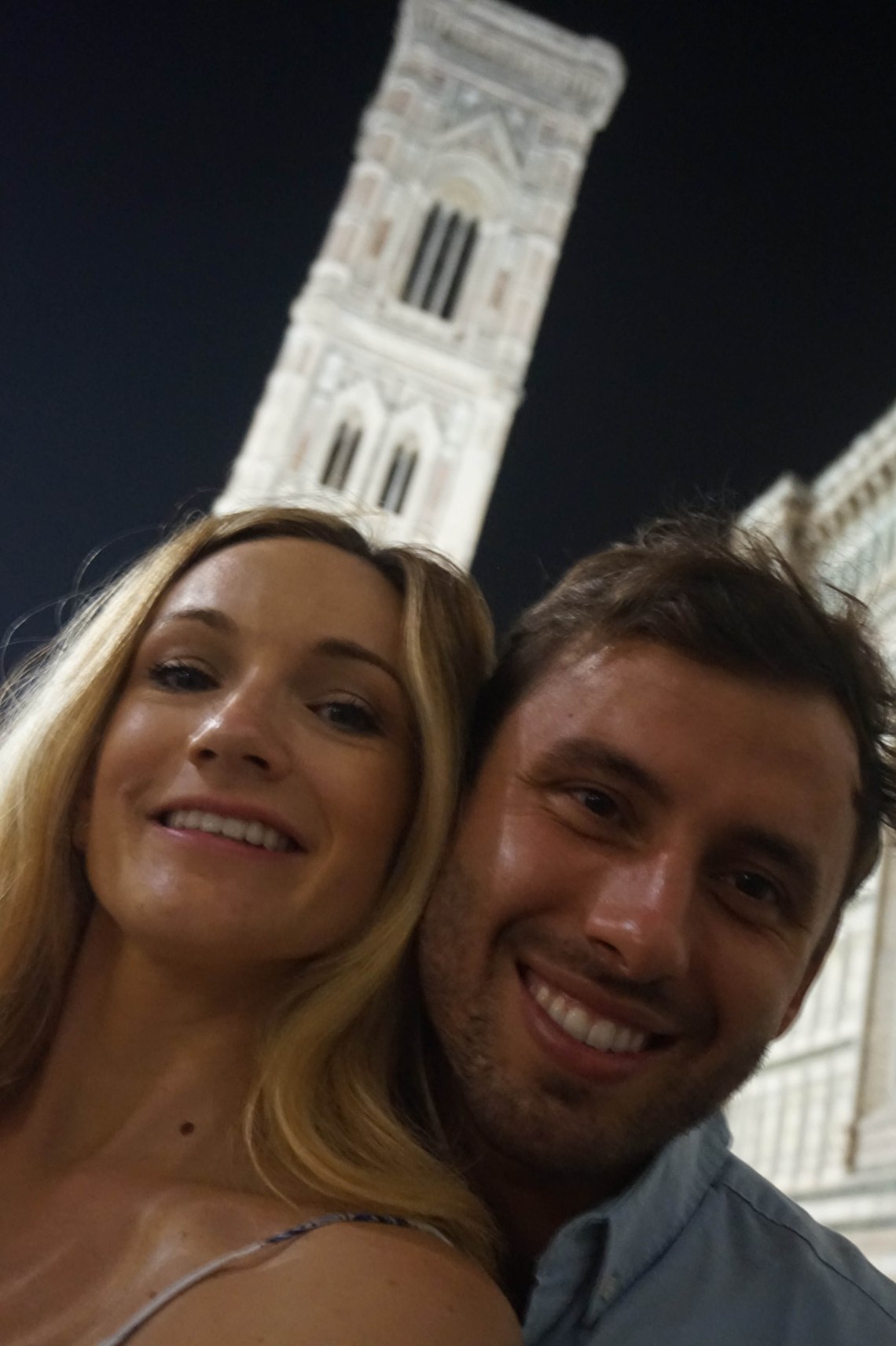 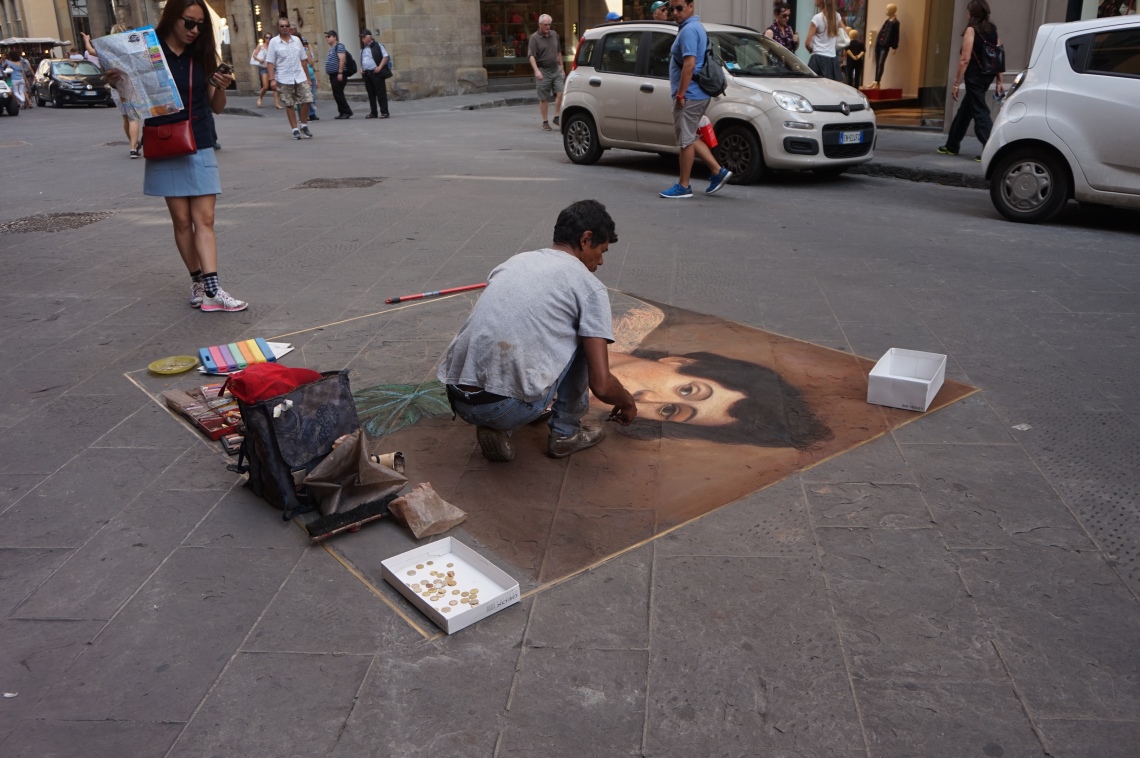 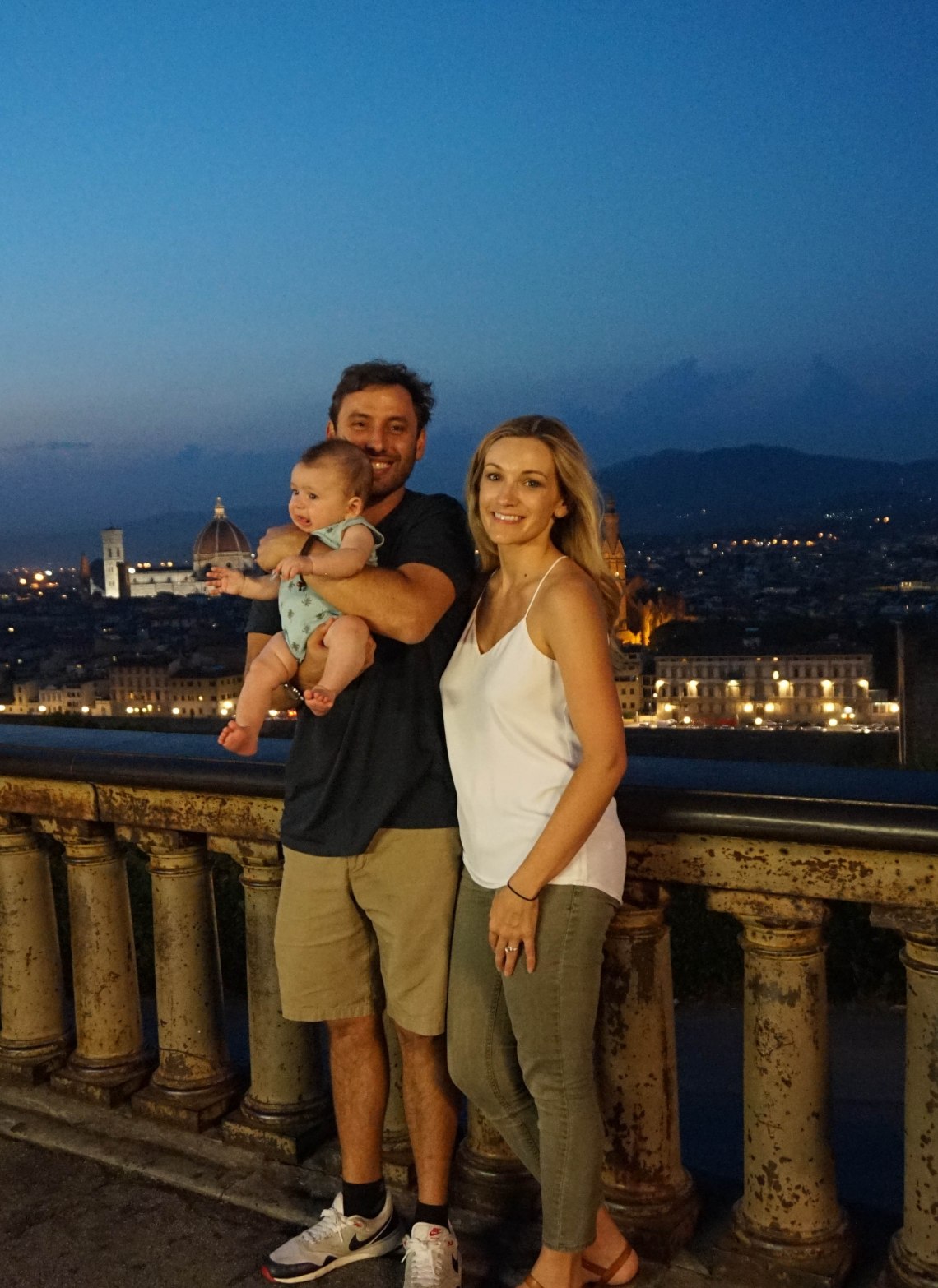 If you’ve traveled to Florence, let me know what you loved!

3 thoughts on “5 Reasons To Fall In Love With Florence”