Live a life you love

In 2011, I did two photography study abroad classes — one in Spain and one in southern Italy. In between the two sessions, I hung out in Rome for a few days alone. My goal in those 2 days were to see as much as I can, and spend as little money as possible. Rome is a magical city (I’m sure you’ve heard), and it is a place that everyone should visit at least once.

Here are 7 Roman things that you shouldn’t miss out on!

Note the “s” in museums — that’s because the Vatican is huge and is compromised of many, many museums! Located in Vatican City where the Pope preaches, it is a place that you can’t miss! Get there early because the line gets super long, especially in the summertime. Also, the last Sunday of every month is free so be sure to take  advantage of that.
Dont miss: Leonardo di Vinci’s paintings, Sistine Chapel and the double spiral staircase. 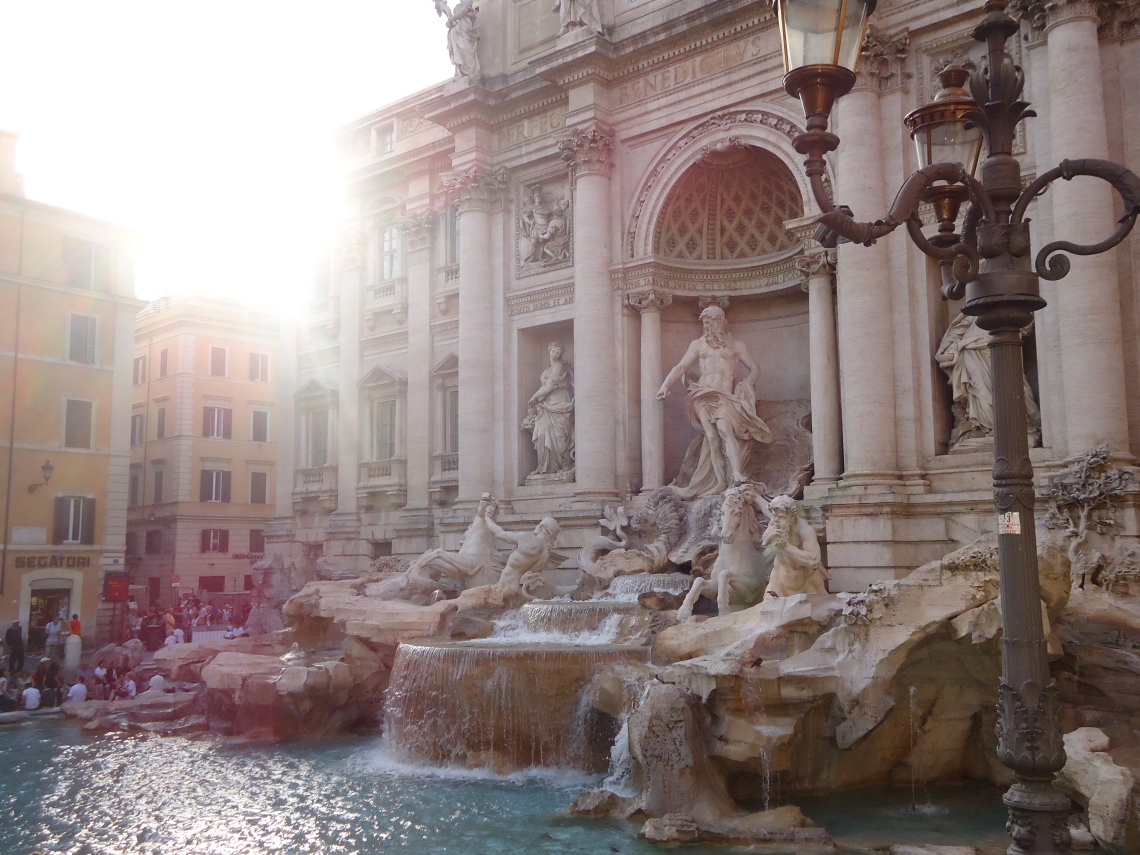 Millions of people have tossed a coin into this famous fountain and made a wish. Legend has it that if you toss it, you will return back to Rome! I don’t know about anyone else, but I will actually be visiting Rome in September again, so it came true for me! This time around I’ll be back with my husband and son. Obviously, we’ll be tossing a coin once again!

When you picture Rome what is the first thing that comes to mind? For me, it’s the iconic Colosseum. This amphitheater dates back to 70 AD — I literally can’t even wrap my mind around that. Inside was seating for 50,000 people who were watching exotic animal fights, executions and gladiator fights.  Today, nearly two thirds of the amphitheater have been destroyed so you’re only looking at the remains. The remains are really so spectacular that I cannot imagine stepping back into time and seeing what this looked like in its original form.
Don’t Miss: Seeing the Colosseum at night time, it is truly spectacular!!! 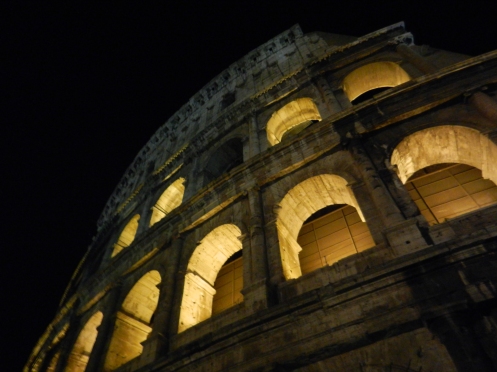 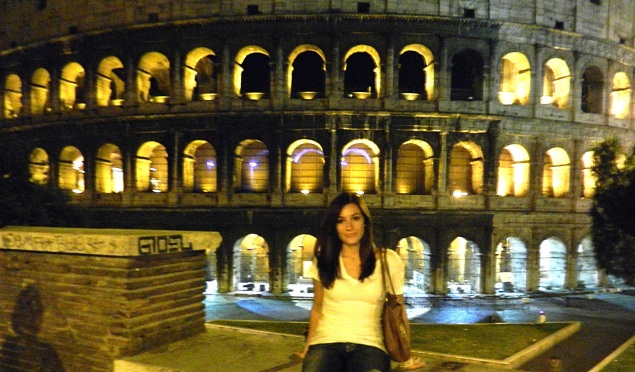 FYI – They have now opened the Third Ring, so when you visit be sure to snag a ticket to the top and get an excellent view of Rome. Sadly, when I was there it wasn’t opened yet.

These ruins are impressive and you feel as though you are stepping back into time. Built in 7th century BC, they once were temples, basilicas and public spaces. In the Roman era, it was typical for a city to have a center area to conduct business, socialize and learn about news. Read about each building — they all have interesting stories! Similarly to other Roman structures, they fell into disrepair after the fall of the Roman Empire. The ruins were discovered in 1803 by archaeologist Carlo Fea and took over 100 years to full excavate.
Fun Fact: In front of the arch are the remains of the Rostrum, an podium where Shakespeare had Mark Antony make his famous ‘Friends, Romans, countrymen…’ speech. 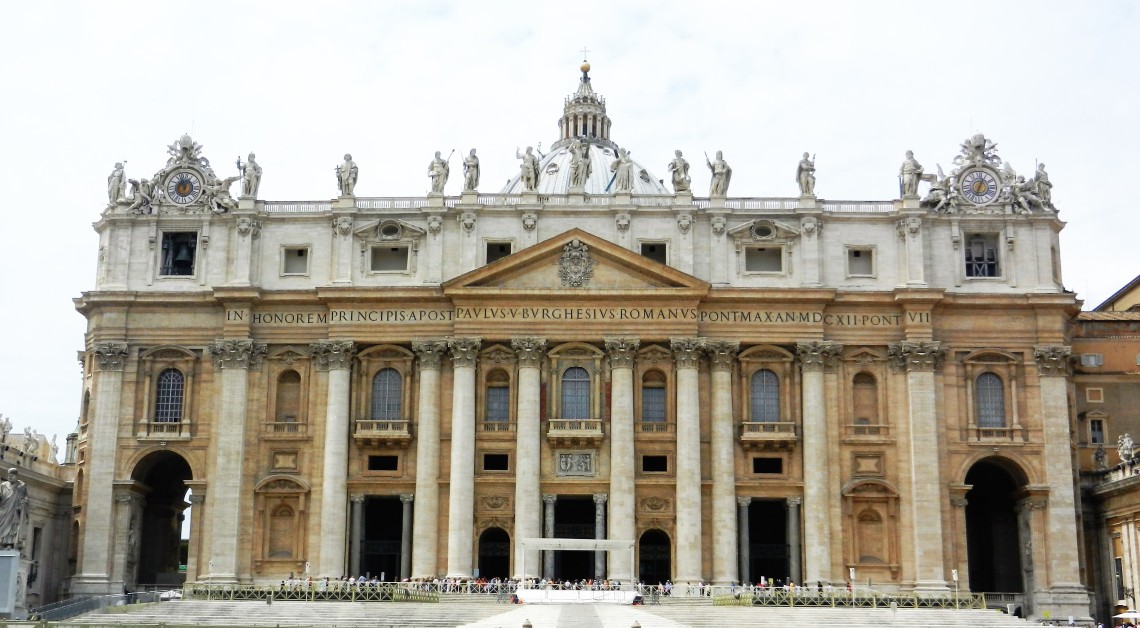 Of course, no trip to Rome is complete without a stop in Vatican City and seeing all it has to offer. St. Peters Basilica is literally mind blowing — the above image doesn’t even do it justice. Do you see those tiny people? This place is huge! I stopped here after my tour at the Vatican Museum, as it’s just right around the corner. There IS a line to get into the basilica, but it goes by very fast.
Don’t Miss: Pieta by Michaelangelo 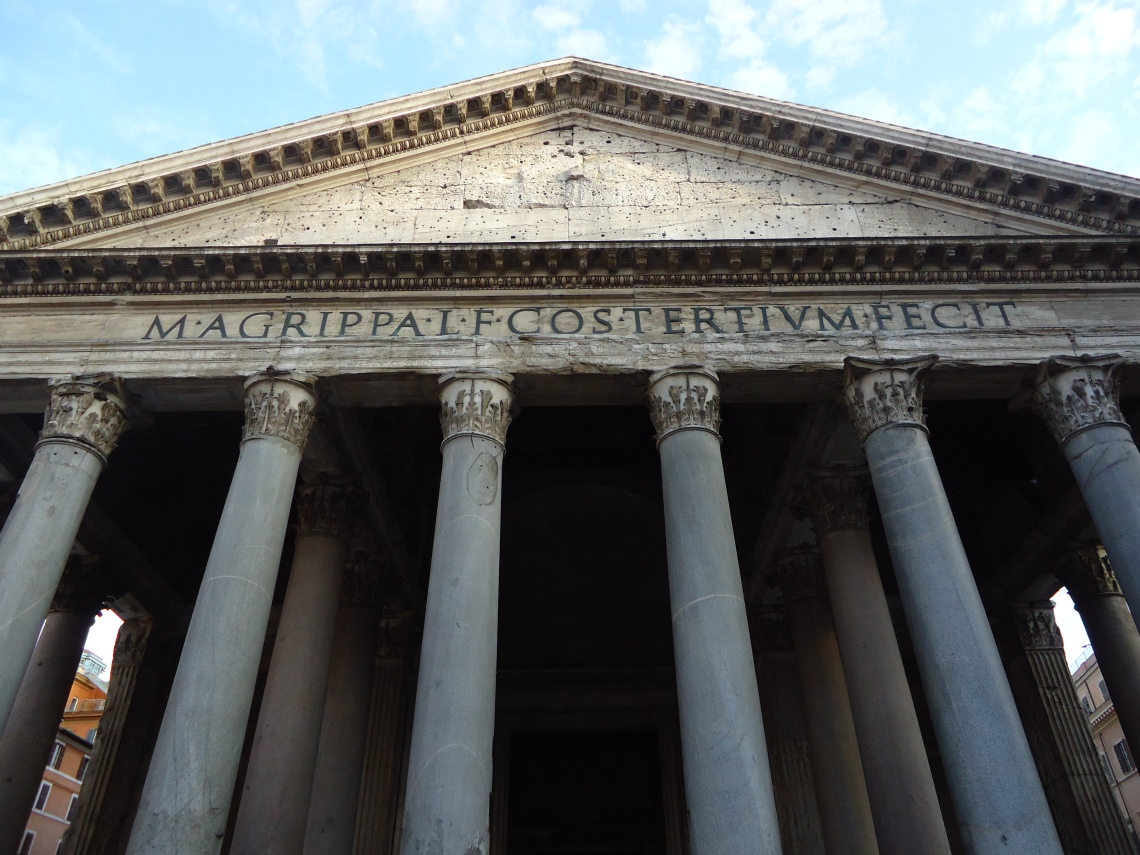 This former Roman temple is now a Christian church. What is unique about it is the only dome in the world that is not reinforced by anything. The center of the church’s dome has an opening where you can see out (an oculus), and it’s the only source of natural light inside. It is one of the best preserved ancient Roman building that you can find today, due to it’s constant use! I recommend having dinner at one the restaurants outside the Pantheon in the square. Drink some wine and soak in that incredible view!

Although I don’t necessary feel as though Castel St Angelo is a must-see in Rome, it does provide you with an awesome panoramic view of Rome at the top!

Thank you so much for reading this post! If you loved it, or love Rome, please submit your email to become a subscriber.